Get a compelling, long read and must-have lifestyle tips delivered to your inbox every Sunday morning – great with coffee!

Amidst the broader Independence Day celebrations in Philadelphia, this weekend took a turn when Friday’s Supreme Court decision was overturned Roe v. calf fast-acting protests from City Hall to Independence Mall. Fashion designer Nasheli Juliana Ortiz-González, who was part of the Wawa Welcome Americas block party runway show on Broad Street’s Avenue of the Arts, had a particularly high-profile platform through this juxtaposition — and she didn’t let the moment pass her.

Rather than simply showing off their designs, Ortiz-González and models walked the runway holding up placards protesting the SCOTUS decision and advocating for reproductive rights.

But mixing couture and civil liberties was nothing new to Ortiz-González.

The designer behind the Nasheli Juliana brand and new Managing Director of Taller Puertorriqueño has always positioned her work at the intersection of fashion and social justice. A native of Puerto Rico, she began studying fashion at age 13, eventually earning a master’s degree, starting her own line and teaching at Moore College. “Throughout history, fashion has been used in different movements to reinforce and create a neutral vision,” explains Ortiz-González, citing as a particularly relevant example the green scarf that represents the abortion rights movement in South America. “The garment can create that movement, that power, that energy.”

Previous collections of Nasheli Juliana have explored Ortiz-González’s legacy and uncovered human rights issues. In 2018, she created prints that look like beautiful, kaleidoscopic designs at first glance, but when viewed with 3D glasses reveal photographs that “depict the eight atrocities committed by the United States against Puerto Rico,” says Ortiz-González . She compared the collection to Puerto Rico itself – on the surface, a place of beautiful beaches, art and people against a backdrop of pain and injustice. “This is America. A lot of injustices happen to us, but the nice thing is that we can talk about it.”

Describing her mission, she says, “I think I occupy a privileged space. Fashion has always been associated with a very specific socio-economic context. It’s important that these viewers, who have the economic power to purchase fashion, understand how much is behind their clothes…the action of sitting in a fashion show just to see clothes. So I like being that disturbing voice.”

This disruptive voice was given a central stage last weekend. As part of the Welcome America celebrations, the block party in and around the Kimmel Center included free concerts, kids’ crafts, a zip line, food trucks, and an “Art Meets Fashion” component where Philly Fashion Week designers were showcased on a runway in the middle of the Broad St. 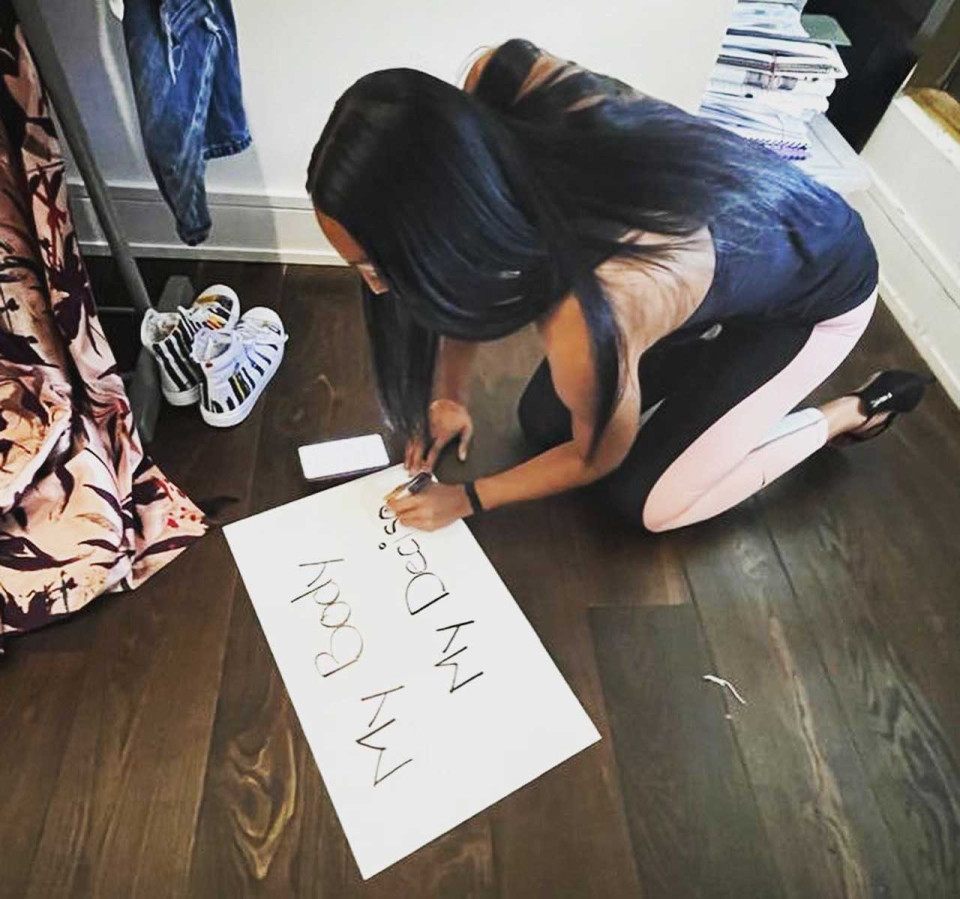 The line-up – which also included local designers such as These Pink Lips, URBANE and Prajjé Oscar – had been decided for a long time, but the SCOTUS ruling and the ensuing protests hit Ortiz-González, who attended Friday’s protests at City Hall , deeply.

Ortiz-González decided to incorporate the symbolic green scarves into her show, ending it by carrying a protest sign. Then she reconsidered the solo poster: “I take away the votes from the models,” she says. Instead, before the show, she gave out poster boards and pens to all the models and asked them to make a statement they felt passionate about. “It was easy to give a voice to the women on my runway,” explains Ortiz-González, which is particularly remarkable in an industry that often uses women’s bodies as a canvas.

“Assault rifles get more privileges than my WAP,” read one sign. Another model explained, “I’m a woman, not a womb.”

“Backstage was beautiful,” Ortiz-González recalls of the post-show experience. She describes how many viewers were girls and their mothers. “There were a lot of young people saying ‘thank you.'”